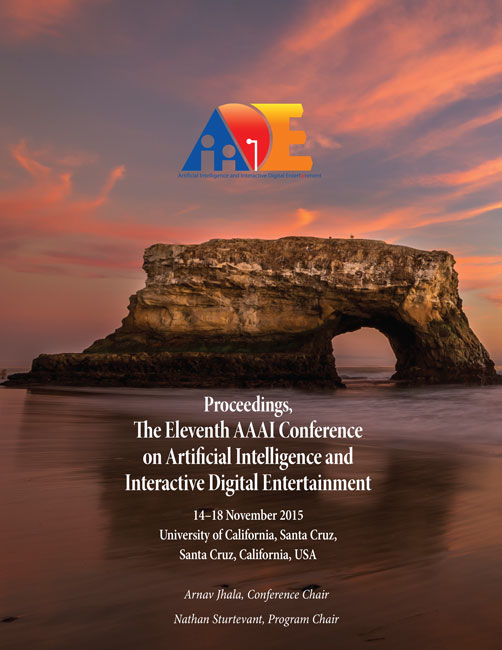 The Eleventh Annual AAAI Conference on Artificial Intelligence and Interactive Digital Entertainment (AIIDE-15) was held at the University of California, Santa Cruz, in Santa Cruz, California USA from November 14-18, 2015. Interactive digital media forms such as games are an important part of our society. Beyond entertainment, interactive and collaborative digital media creates social bonds between people by providing a shared reality for people separated in time and space. Interactive media is increasingly used in education and in ameliorating the cognitive and physical health of the players. Collaborative media interactions can incentivize crowds of players to solve difficult problems, and researchers now leverage virtual worlds to serve as a research laboratory for understanding human behavior. The core mission of AIIDE is to provide a venue for industry developers and academic researchers to exchange ideas, challenges, and solutions. The scope of the AIIDE conference ranges from the application of artificial intelligence to computer games all the way to tackling fundamental questions of how intelligent systems can facilitate the entertainment of humans. The 2015 conference program contained a variety of material from the academic to the AAAI industry professional, including invited talks from prominent industry professionals and academic researchers; 15 research paper presentations; 16 poster presentations; 2 demo presentations; and 5 playable experiences.

In addition, four workshops were held during the 2015 AIIDE conference. Although they are not a part of the formally published proceedings, these AIIDE workshop technical reports are included in volume 11 as separate issues: