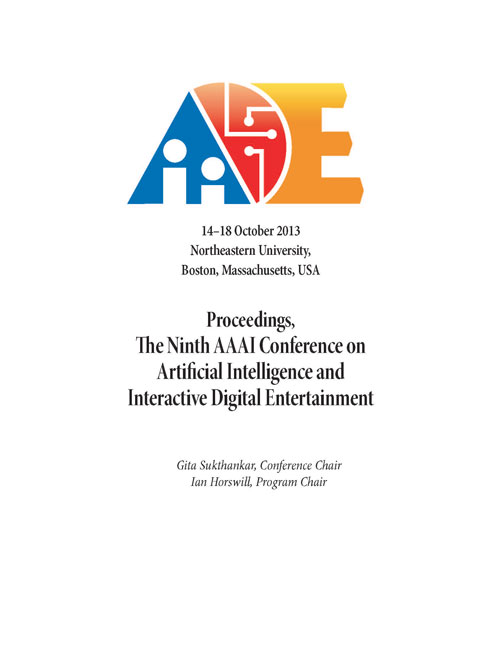 The Ninth Artificial Intelligence and Interative Digital Entertainment Conference (AIIDE-13) was held at Northeastern University in Boston, Massachusetts USA from October 14-18, 2013. The computer game industry has become a multibillion-dollar commercial enterprise, comparable in size and scope to the film industry. Game system requirements are an important driver of hardware and software innovation in the computer industry, and games have expanded to fill market niches opened by new platforms such as mobile phones, consoles, tablets, and social media. Artificial intelligence is a major component contributing to this success, creating the conditions for more complex virtual environments, realistic nonplayer characters, and engaging experiences.

Artificial intelligence in the context of human entertainment also reveals difficult challenges for researchers and developers that are not found in other application domains. These challenges include creating believable opponents and companions; interactive storytelling; procedural content generation; player modeling and game analytics; path planning; and developing tools and represen- tations that empower designers to bring their visions to life. The scope of the AIIDE conference ranges from the application of artificial intelligence to computer games all the way to tackling fundamental questions of how intelligent systems can facilitate the entertainment of humans.