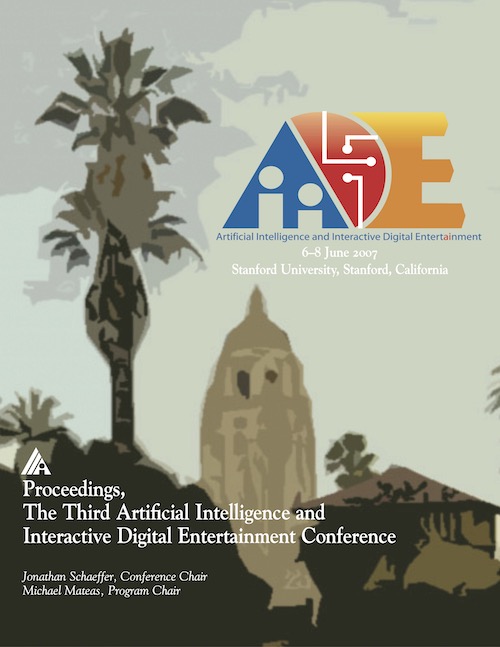 The third AAAI conference on Artificial Intelligence and Digital Entertainment was held June 6-8, 2007 on the campus of Stanford University in Palo Alto, California USA. The program included 11 full papers and 11 posters. In addition, the volume includes short papers describing the demonstration sessions where researchers and industry developers showcase implementations of their work.

Entertainment has grown to become a major cultural phenomenon and the video game industry has become one of the major drivers of advances in computer hardware and software. Artificial intelligence is playing an increasingly important role in games by providing the most engaging challenge of all — playing against and with another intelligent entity. Moreover, interactive digital entertainment provides a fascinating arena for researchers to explore, while offering research challenges in many areas that are central to AI. The goal of the AIIDE conference is to be the primary yearly meeting where industry and academe discuss AI for interactive digital entertainment. It is organized and run by a combination of industry developers and academic researchers. This year, the conference was being held at Stanford University in Palo Alto, California, making it accessible to industrial developers as well as attractive to all participants.