Taking It All In? Visual Attention in Microblog Consumption

Microblogging environments such as Twitter present a modality for interacting with information characterized by exposure to information “streams”. In this work, we examine what information in that stream is attended to, and how that attention corresponds to other aspects of microblog consumption and participation. To do this, we measured eye gaze, memory for content, interest ratings, and intended behavior of active Twitter users as they read their tweet steams. Our analyses focus on three sets of alignments: first, whether attention corresponds to other measures of user cognition such as memory (e.g., do people even remember what they attend to?); second, whether attention corresponds to behavior (e.g., are users likely to retweet content that is given the most attention); and third, whether attention corresponds to other attributes of the content and its presentation (e.g., do links attract attention?). We show a positive but imperfect alignment between user attention and other measures of user cognition like memory and interest, and between attention and behaviors like retweeting. To the third alignment, we show that the relationship between attention and attributes of tweets, such as whether it contains a link or is from a friend versus an organization, are complicated and in some cases counterintuitive. We discuss findings in relation to large scale phenomena like information diffusion and also suggest design directions to help maximize user attention in microblog environments 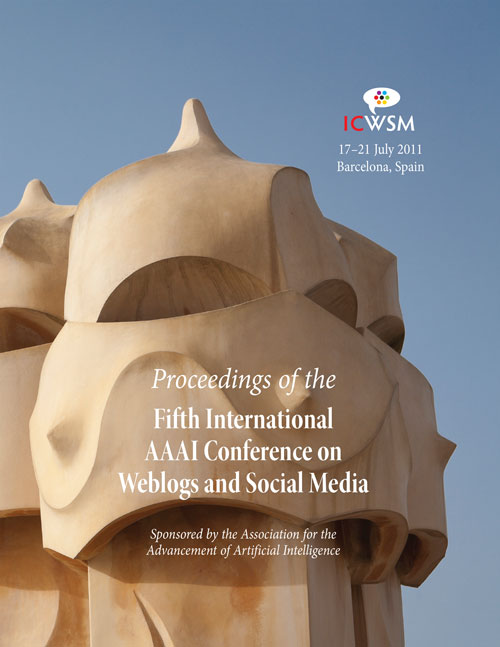 Counts, S., & Fisher, K. (2021). Taking It All In? Visual Attention in Microblog Consumption. Proceedings of the International AAAI Conference on Web and Social Media, 5(1), 97-104. Retrieved from https://ojs.aaai.org/index.php/ICWSM/article/view/14103
Download Citation